Met some wonderful ladies at Jackie Hamilton School of Therapies this afternoon!!
They are all half way through their training to become Reflexologists and all doing so well!!

Meditate on a regular basis. Wow what an amazing week!!

I was invited with other therapists to visit Broadland Housing Group in Norwich and Dereham to carry out taster reflexology sessions on their staff as part of a Wellness Week ‘Challenge to Change’.

What a wonderful bunch of people, some had tried reflexology before and some had not. A fantastic opportunity for all and very well received…….26 pairs of feet and 2 pairs of hands!!

It was a marvellous experience, and one I hope to repeat again next year.

Replenishes and recharges ALL SKIN TYPES

Our luxurious, lightweight and easily absorbed Beauty Sleep Concentrate has been scientifically formulated to support your skin’s natural night time regeneration, while helping reduce the appearance of fine lines and wrinkles.

CLINICALLY PROVEN TO MOISTURISE FOR UP TO 24 HOURS

Wow check out this new collection from Neal’s Yard, fabulous new products to try yourself or for your gift drawer!!! 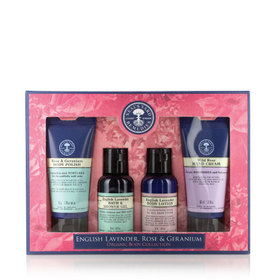 The AoR interactive reflexology foot chart is fun and free, so please enjoy and share. http://ow.ly/A6eG9

Why Reflexology? From the AoR

Why Reflexology? Video by the AoR

The Association of Reflexologists is the foremost aspirational and independent Professional Association for reflexology in the UK since 1984, providing benefits, advice and guidance to reflexologists and working with other external bodies and advisory groups to promote the highest standards in the profession.

To find more information visit our website at: www.aor.org.uk

With a unique aroma, refreshing flavour, cooling sensation and a host of medicinal

int is among the most versatile plants in the herbal kingdom.

There are around 25 different species of mint, many of which cross-pollinate to produce variable hybrids. The two most popular varieties for medicinal purposes are peppermint (Mentha piperita) – which is actually a natural hybrid cross between Mentha aquatica (water mint) and Mentha spicata (spearmint).

They are relatively easy to tell apart since peppermint has greenish-purple lance-shaped leaves while the rounder leaves of spearmint are more of a greyish green colour.

The taste of both is similar – sometimes described as a cross between pepper and chlorophyll – with peppermint being a bit stronger and spearmint being a little more cool and subtle.

Peppermint in particular is widely cultivates for its oil, which is used in flavourings and to scent perfumes and toiletries.

In Greek mythology mint was originally a nymph called Minthe, who was transformed into a plant by Persephone, who was jealous of the of the way Minthe had attracted the roving eye of her husband Pluto. Pluto tried but could not reverse the spell that his wife cast. So instead gave Minthe a sweet smell, so when she was walked upon in the garden, her aroma would delight […]